Costco is implementing new consumer limitations on purchases of household essentials including toilet paper, paper towels, and Kirkland bottled water as the company has seen an increase in demand due to a surge in the delta variant and supply-chain complications.

Costco has been dealing with significant issues centered around supply-chain complications and inflation according to the company’s Executive Vice President and Chief Financial Officer Richard A. Galanti. Galanti informed analysts of the issues during a conference call, transcribed by Alpha Street, regarding Costco’s fourth-quarter earnings on September 23:

From a supply chain perspective, the factors pressuring supply chains and inflation include port delays, container shortages, COVID disruptions, shortages on various components, raw materials and ingredients, labor cost pressures and trucker and driver shortages — trucks and driver shortages. Domestically, anecdotally rather from a — even on a domestic side, various major brands are requesting longer lead times. Some cases difficulty in finding drivers and trucks on short notice. Lead times on ingredients and packaging have been extended in some cases. 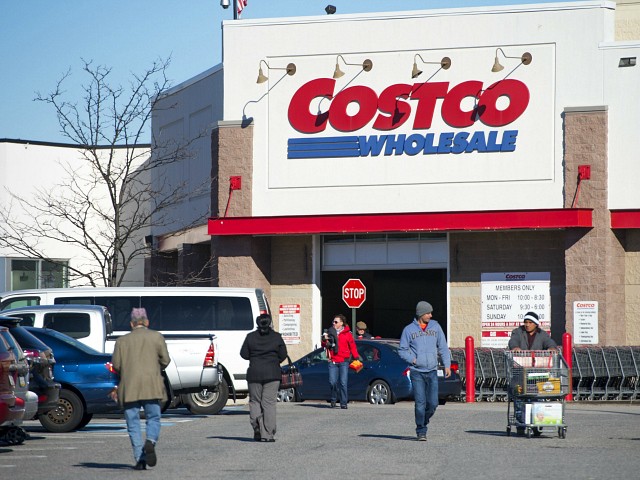 In March of 2020, shortages of household essentials such as toilet paper sparked hysteria as a result of panic purchasing across the nation. Consumers documented the latest shortage of paper towels, water, and toilet paper in August of 2021.

Costco’s CFO went on to note the company is experiencing significant delays when it comes to receiving shipments on items such as furniture, children’s toys, seasonal items, and chips that are essential to electronics such as “computers, tablets, video games,” and other “major appliances.” Galanti noted shipments that traditionally took eight to 12 weeks are now taking 16 to 18 weeks and suggested the trend will likely continue into 2022.

Shipping costs have become significantly higher for Costco and other companies throughout America. Specifically shipping goods across oceans has become increasingly costly. “Some suppliers are… paying two to six times for containers and shipping,” Galanti noted. “Price increases of pulp and paper goods, some items up 4% to 8%.”

“Plastics, resin increases on things like trash bags, Ziplock skews, pet products include — resin oriented pet products, plastic cups, plates, plastic wrap, many items up in the 5% to 11% range,” the executive vice president added. Galanti also shared that items such as coffee, nuts, and oil are at five-year highs.