Governor Tony Evers, the Democrat who declined additional help from President Donald Trump during the Kenosha riots in August 2020, urged calm as the nation awaited the jury’s verdict in the murder trial of Kyle Rittenhouse on Tuesday. 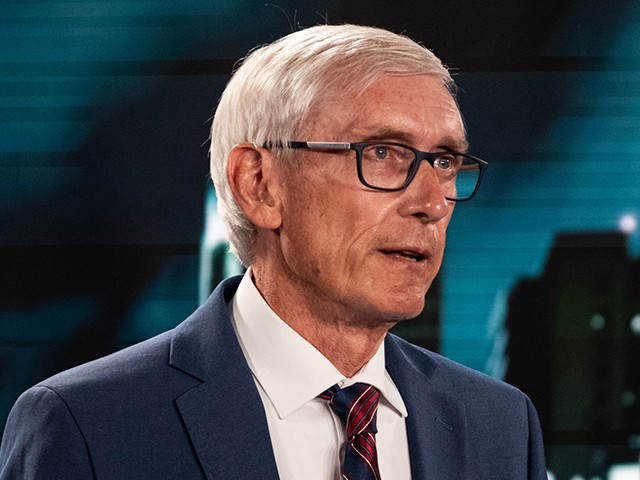 MILWAUKEE, WISCONSIN – AUGUST 19: Wisconsin Gov. Tony Evers speaks during the virtual Democratic National Convention at the Wisconsin Centeron August 19, 2020 in Milwaukee, Wisconsin. The convention, which was once expected to draw 50,000 people to Milwaukee, Wisconsin, is now taking place virtually due to the coronavirus pandemic. (Photo by Stephen Voss-Pool/Getty Images)

“Regardless of the outcome in this case, I urge peace in Kenosha and across our state,” Evers tweeted on Tuesday morning.

Kenoshans are strong, resilient, and have worked hard to heal and rebuild together over the past year. Any efforts to sow division and hinder that healing are unwelcome in Kenosha and Wisconsin. Regardless of the outcome in this case, I urge peace in Kenosha and across our state.

Please respect the Kenosha community and their efforts to come together. I ask all those who choose to assemble and exercise their First Amendment rights in every community to do so safely and peacefully.

A small crowd milled about on the steps of the Kenosha County Courthouse on Tuesday, awaiting a possible verdict, though the jury is not working to a deadline.

The jury took a break for a pizza lunch.

The Wisconsin National Guard won’t say where they’re staging 500 troops; we found them 60 miles away from Kenosha, which means it would likely take 1.5 hours to get there if local police call them. Gov. Evers activated them to help, if needed, when the Rittenhouse verdict comes. pic.twitter.com/HOWqvUSghh

This time, he placed 500 National Guard troops on standby, though local authorities did not close roads or declare a curfew.