A recently murdered drug distributor in Mexico was the key owner of a company that is under investigation for funneling funds into the campaign of the governor-elect of the border state of Nuevo Leon. The campaign funds went to the same politician whose family was previously exposed by Breitbart Texas as allegedly having embezzled millions from a former leader of the Gulf Cartel.

Samuel Alejandro Garcia Sepulveda won his gubernatorial bid in June and is expected to take office next month. Currently, Mexican federal agencies are investigating him and some of his relatives for allegedly funneling illicit funds into his gubernatorial campaign. As Breitbart Texas reported exclusively, Garcia’s father Samuel Orlando Garcia Mascorro is named on various intelligence files on both sides of the border for allegedly being a frontman of former Gulf Cartel boss Gilberto “El June” Garcia Mena, and allegedly embezzling his properties and accounts.

Breitbart Texas obtained exclusive access to documents from the ongoing investigation being conducted by Mexico’s Attorney General’s Office. Those documents revealed that one of the companies allegedly used to launder funds named Servicios y Asesorías Zulamak S.A. de C.V., was mostly owned by the late José Adrián Parrilla Correa. The company also listed a second main shareholder, Javier Guadalupe Castañeda Puente, who has a criminal past. 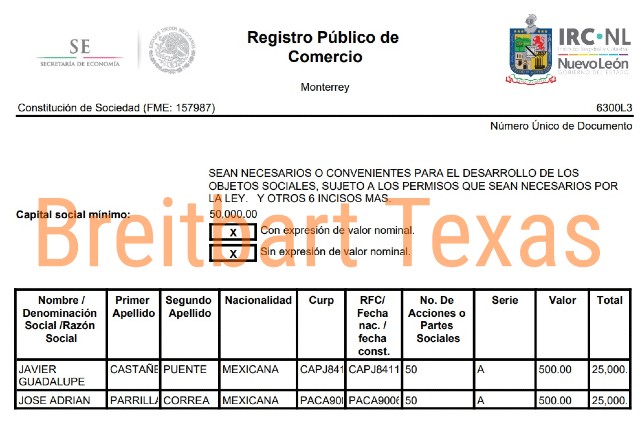 The company is listed with the registry number SAZ160112590, state file number 157987and under incorporation number A201601111536104525. However, the company and the business persona of the owners appear to be fictitious. The corporate headquarters is not a luxurious building but in fact a low-income house in the March 10 neighborhood in Monterrey, near the home of Parrilla Correa. That neighborhood is considered dangerous due to the high level of criminal activity and drug trafficking in the area. 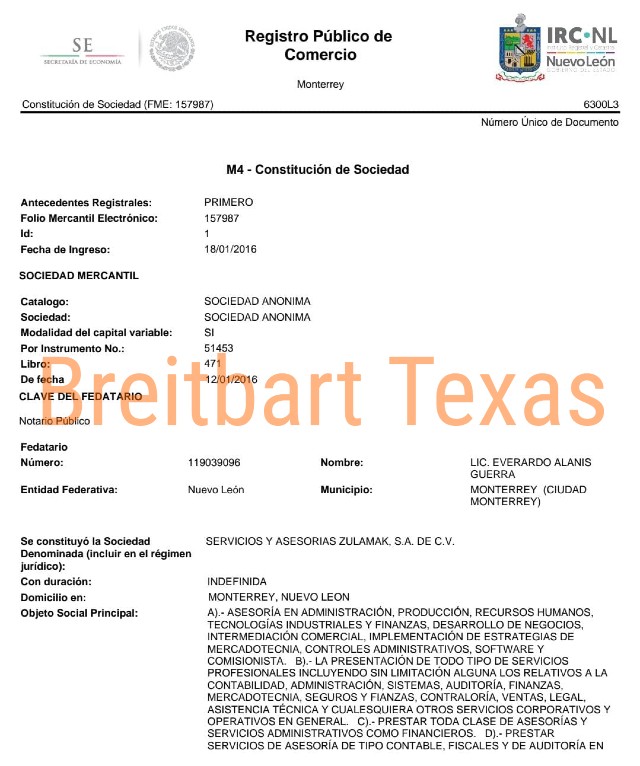 That company and a second company named Grupo Renok SA de CV are under investigation by Mexico’s Attorney General’s Office and the Financial Crimes Unit (UIF), for allegedly using receipts and tax-related documents for services and goods. According to investigators, those companies do not have employees or equipment to provide those services. The investigation focuses on the use of shell companies to launder money. Some of these funds were reportedly sent to the politician’s campaign. The ongoing investigation also targets Samuel Garcia’s father-in-law Jorge Gerardo Rodríguez Valdez and his alleged use of Zulamak to move funds. 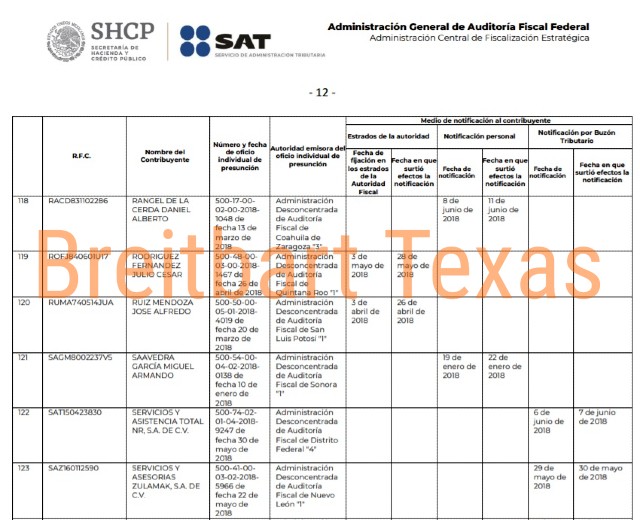 At first glance, Parrilla Correa appears to have been a businessman in Monterrey with his companies providing services in marketing, human resources, and auditing. However, a criminal background check revealed a petty criminal career with arrests starting in 2012 on street-level drug distribution charges. In one of his arrests in 2012, Parrilla Correa confessed to being a small-time drug distributor for Los Zetas cartel while working a day job as a janitor. He was convicted on federal drug charges. He was able to avoid jail time through community service.

In 2014, local authorities arrested Parrilla Correa and a judge later convicted him on robbery charges in connection with the violent theft of a small amount of cash. In 2016, authorities arrested him on another drug possession charge after initially detaining him for smoking marijuana in the March 10 neighborhood — the same area where the company Zulamak is registered.

Parrilla Correa met his untimely death in 2019 when a gunman shot him several times over a petty drug debt near his home. That gunman has since been convicted to a 25-year prison sentence.

Breitbart Texas obtained access to government files regarding another company linked to Parrilla Correa. These records reveal that in 2019, when he was only 19-years-old, he was a partner of Entorno Empresarial Santa Lucía SA de CV — another company that provided services similar to Zulamak. That company is also linked to Mario Alberto Palomo de León a businessman with a criminal history that includes kidnapping and other violent charges.