Braun plans to use a CRA resolution to reject the Occupational Safety and Health Administration’s (OHSA) rule requiring businesses with more than 100 employees to mandate that their workers be vaccinated.

The CRA allows Congress to block any executive branch rule with only a simple majority in the Senate. President Donald Trump and congressional Republicans used the CRA in 2017 many times to nullify former President Barack Obama’s climate change programs and other leftist policies.

Now, Braun wants to use the CRA to block Biden’s vaccine mandate by pressuring moderate Democrats in the House and Senate.

Since the CRA is a privileged resolution, it is guaranteed a vote on the House and Senate floors.

Braun told Breitbart News that as many as 43 or 44 Senate Republicans back the resolution, which is quickly closing in on the 51-vote majority necessary for the resolution to pass through the chamber. The resolution could easily put pressure on moderate Democrats in the Senate, such as Sen. Joe Manchin (D-WV), or other senators, namely, Sen. Maggie Hassan (D-NH), who are both up for reelection in 2022.

Once Senate Republicans were to file their formal resolution to disapprove of the Biden vaccine mandate, it would set up a 20-day clock in the Health, Education, Labor, and Pensions (HELP) Committee. The resolution would then come up for a vote, in which Democrats cannot filibuster the proposal.

The Hoosier conservative said Tuesday’s landslide victories for Republicans in New Jersey, Virginia, and across the country prove Americans are pushing back against Biden’s radical agenda. 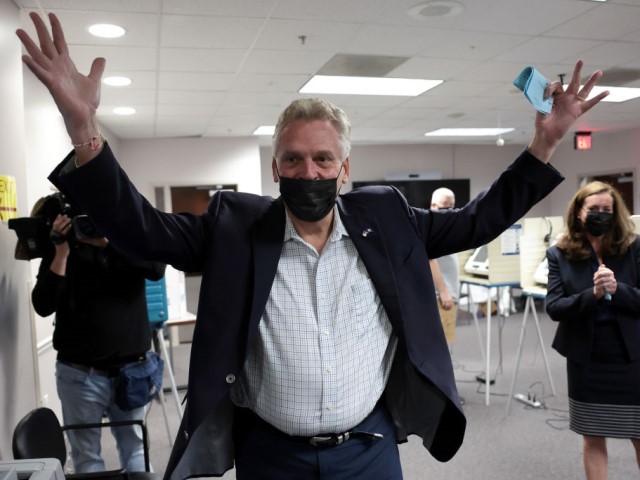 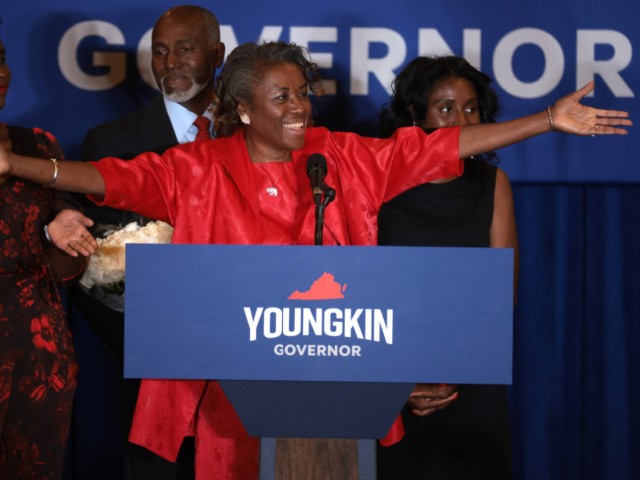 Virginia Republican Winsome Sears takes the stage with her family during an election night rally at the Westfields Marriott Washington Dulles on November 02, 2021, in Chantilly, Virginia (Photo by Chip Somodevilla/Getty Images).

“I got to believe a few of them [Democrats] are going to say, ‘Wait. Do I want to buy into more of this craziness, or do I want to get reelected?’ So it’ll put them all on record,” Braun said.

Braun predicted that Americans will continue to fight back against the onerous vaccine mandates.

“There’ll be more civil disobedience, and you’re gonna see more fur fly in the litigation arena; I think probably half of the state attorneys general will probably put some type of lawsuit out there,” he said.

The Hoosier senator said Democrats’ “hubris” over the vaccine mandate will “do them in.”

Braun said if Democrats were to block the resolution to nullify the vaccine mandate, it would have drastic implications for the pivotal 2022 midterm elections, where Republicans have a strong chance of taking back both the House and Senate.

“If they decide to just toe the line, they’re going to be on the public record for those close Senate races in swing states in 2022,” he said.