Exclusive— Shmuley Boteach on Hanukkah: 'Longevity of the Jewish People Is Itself a Testament to God'

Shmuley Boteach, rabbi and author of Kosher Hate: How To Fight Jew-Hatred, Racism, and Bigotry, described the continuity of Jewish people as proof of the divine hand in an interview on SiriusXM’s Breitbart News Sunday with host Joel Pollak.

Pollak remarked, “There’s something about the mystery of Jewish survival in this Hanukkah holiday. What can we learn about that? How is it that Jews were celebrating this miraculous survival thousands of years ago — and we’re still celebrating it today — when many other civilizations [and] empires have come and gone, and there’s almost no trace of them except what we find in archaeological records or what was preserved by other civilizations?”

“We’re still here, and Rome is a footnote in history,” he said. “Greece, Athens, and Sparta are footnotes in history, and the Jewish people remain the most influential nation of all time.”

Influential Jews had bent history’s arc in both moral and immoral dimensions, Boteach observed. Perfection of the human condition can only come to pass through providence, he held. 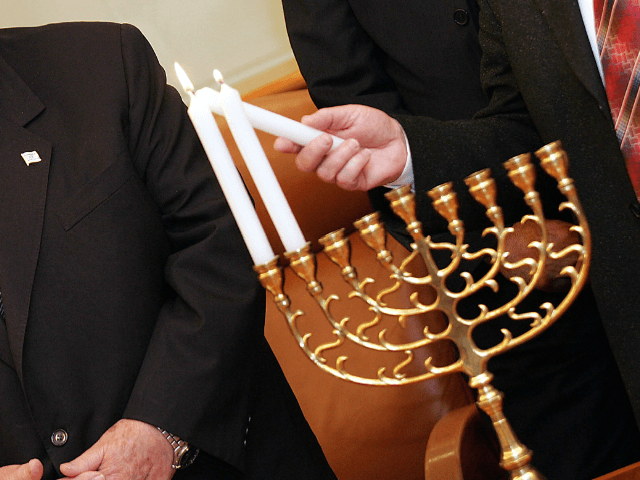 He considered, “Look at the influence we’ve had, from Christianity to Islam and through all the isms — whether it’s some good, some bad political ideologies that were birthed by this Jewish reach for a utopia. Now, we believe that the only utopia can happen in the Messianic era guided by God. Whenever human beings have tried to bring about utopia through communism, etcetera, a perfect workers’ paradise, it’s led to tyranny. It has to be done through God’s grace and not just by human striving.”