A Florida mother has called for parents to lead a “mass exodus” from public schools in the wake of Attorney General Merrick Garland’s announcement that the FBI will investigate “intimidation” and “threats of violence” at school board meetings across the country.

“You’re at home trying to make peanut butter and jelly sandwiches for your kids, and the FBI could be knocking at your door because you might have said the wrong thing at a school board meeting,” King stated.

“I really think at this point the only thing to do is have a mass exodus from the public school system – that’s it,” King said. The crowd responded to King’s suggestion with resounding applause as some audience members even stood up to cheer.

“With this FBI thing, it just made me realize – what else are we supposed to do?” she wondered. “Standing up to these people doesn’t seem to matter. I mean, we have – all of us – we’ve been at these school board meetings, we’ve been voicing our opinions, we’re writing articles, we’re emailing teachers – we’re doing all that stuff. And they don’t care. I’m like the only thing left to do is to just peace out.”

King added that a message will truly be sent when school districts lose funding once children are taken out of their schools. 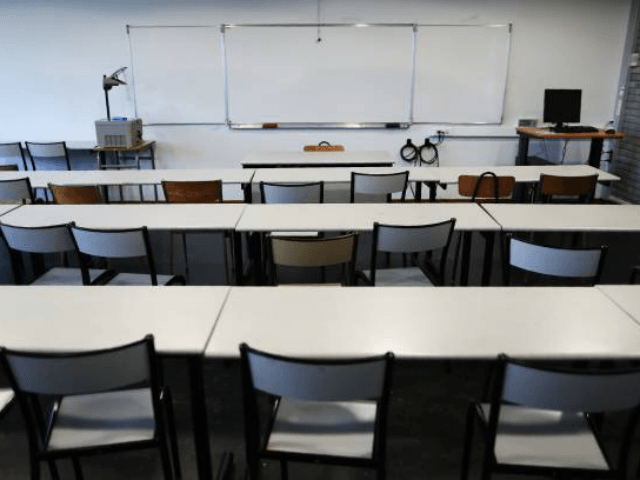 King’s sentiments are a clear response to Garland’s October 4 memo. The memo announced the implementation of FBI resources to investigate “a disturbing spike in harassment, intimidation, and threats of violence against school administrators, board members, teachers, and staff.”

“The Department takes these incidents seriously and is committed to using its authority and resources to discourage these threats, identify them when they occur, and prosecute them when appropriate,” Garland added in his memo.

But the goal here is obvious: to criminalize not only dissent and peaceful protest but to criminalize daring to disagree with the fascist, narcissistic left-wing maniacs who have seized control of government-run schools.

This is also about using the federal government to chill free speech, to scare and intimidate parents away from speaking out. And it will almost certainly be used to harass those parents who do speak up.

“The other tactic here is that Biden is hoping to inflame the situation,” Nolte added. “Using the FBI in this unlawful and un-American manner is meant to anger and provoke people into misbehaving, which is what the fascist Biden regime wants.”

The full video of the “Fighting Indoctrination on a National Scale” panel is below: