Close allies of Vice President Kamala Harris are now trying to profit from helping corporate America negotiate the woke culture while working to diversify their businesses as added insurance.

“Young people know the difference between genuine change and window dressing,” Henes, a 20-year veteran of Kirkland & Ellis, told Axios. “You have to understand your own organization and make real, systemic changes.”

“Change can be scary, and in today’s world, fear can lead to inertia,” Henes said. “But inclusive leadership and inclusive change will lead to incredibly valuable, value-driven organizations.” 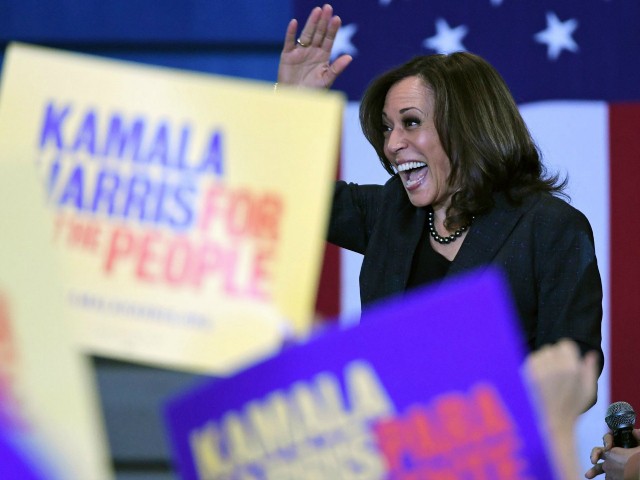 U.S. Sen. Kamala Harris (D-CA) waves as she is introduced at a town hall meeting at Canyon Springs High School on March 1, 2019, in North Las Vegas, Nevada. Harris is campaigning for the 2020 Democratic nomination for president. (Photo by Ethan Miller/Getty Images)

Axios reported on the new venture, which includes many supporters of Democrat politicians:

C Street is entering an emerging, competitive market with financing from Antara Capital, a hedge fund backed by Blackstone — a sign that big financial firms view the diversity field as a growing industry. It will compete with traditional crisis management firms, as well as strategic consultancies such as Teneo (founded by former aides to President Clinton) and WestExec Advisors (which started with Obama veterans and served as a government-in-waiting for the Biden administration).

Both public and private companies face pressure from their employees and outside investors to take positions on a variety of controversial social and political issues. But there is also a risk of backlash for so-called “woke capitalism,” not to mention pressure campaigns such as what Major League Baseball endured after it moved the All-Star Game from Atlanta over Georgia’s new laws that curbed voting access.

C Street plans to use diverse contacts in the business, legal, academic and political world to help CEOs and company boards make changes in their corporate culture and hiring practices.

Other leftists on board with the organization include: