After decades of films, documentaries, and TV shows meant to raise awareness about climate change, celebrity-studded Global Citizen campaign aimed at fighting it, and Hollywood elites dedicating their award show acceptance speeches toward addressing the topic — it’s all just not enough for teen climate alarmist Greta Thunberg, who insists there is “a big lack” of awareness on the topic. Now she wants more climate content in film and television.

In the past year, Thunberg herself was even the subject of the feature documentary, I Am Greta, which premiered at the 2020 Venice Film Festival.

But on Tuesday, while speaking at the Edinburgh TV Festival, the climate change alarmist claimed there is “a big lack of storytelling when it comes to the climate crisis,” and urged more film and TV to cover the topic, according to a report by Variety. 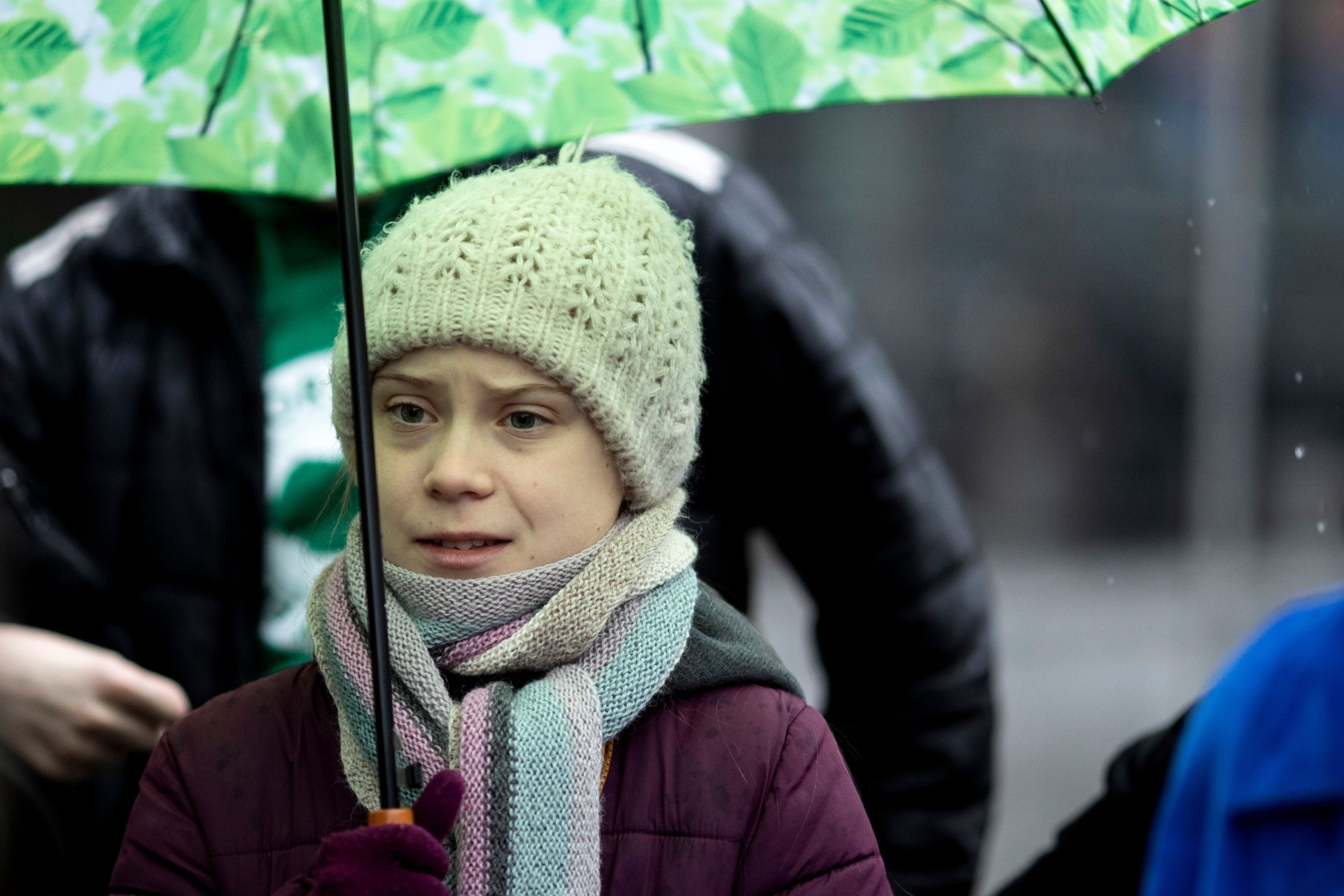 Swedish environmentalist Greta Thunberg takes part in a protest as she leaves the Europa building after a meeting with EU environment ministers in Brussels on March 5, 2020 (KENZO TRIBOUILLARD/AFP via Getty Images) 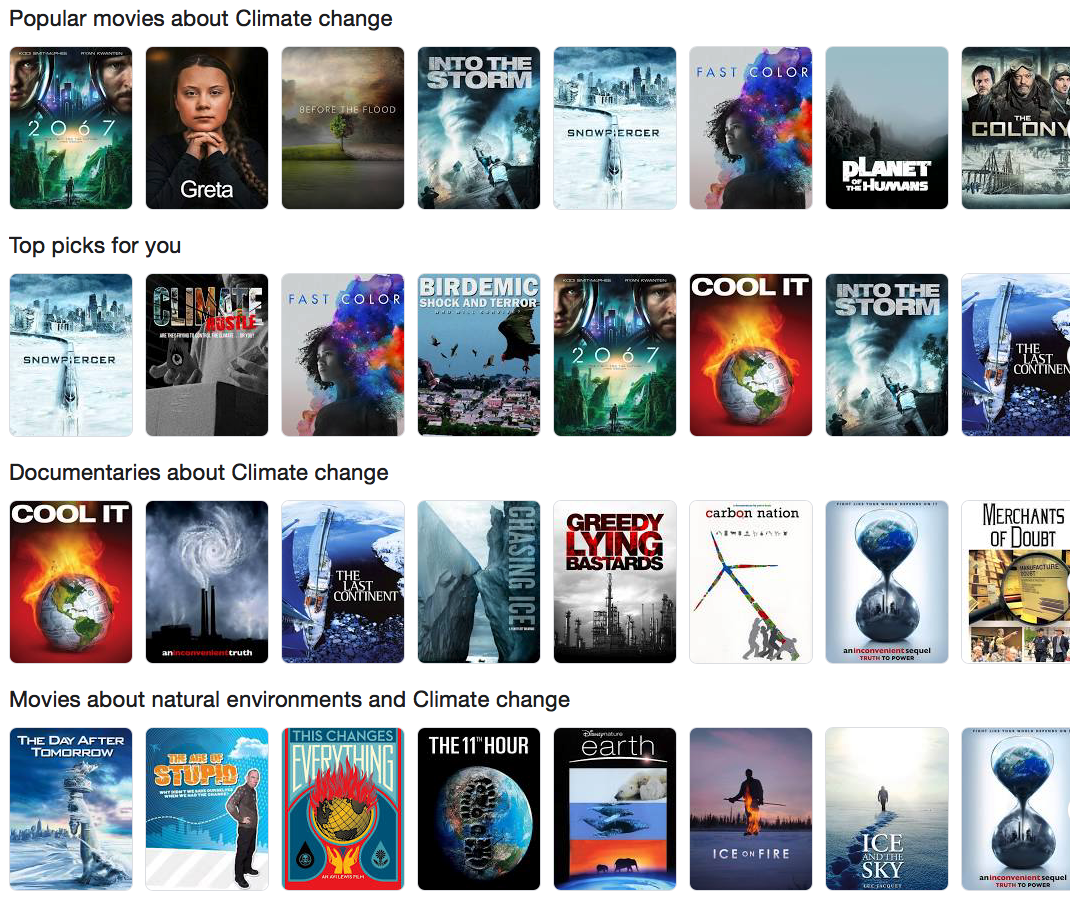 The 18-year-old then went on to say that she believes “there’s a big lack of storytelling when it comes to the climate crisis, whether it is fictional or whether it is reflecting the reality as it looks like today.”

“I think if we would start writing about this, if we were making stories about this, I think there would be a demand on for that. We underestimate interest in the climate crisis,” Thunberg said.

Americans, however, do not appear very concerned with climate change — despite all of the films, TV shows, and documentaries guiding and encouraging them to become alarmed over it.

According to a recent Gallup Poll, just 3 percent of Americans cite climate change as the “most important problem.” 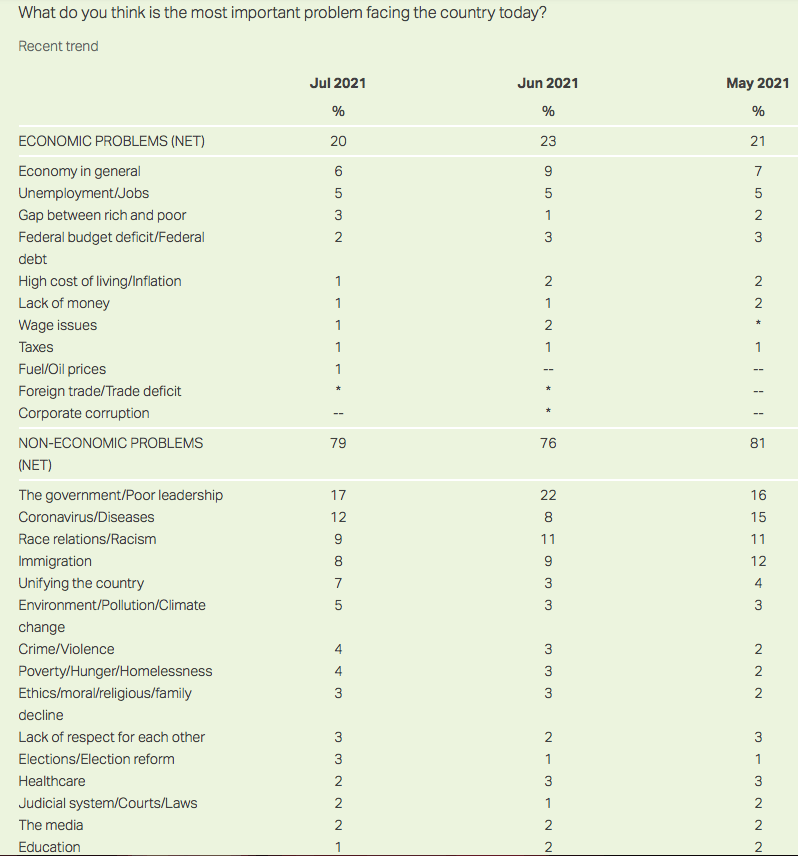 Gallop poll on “Most Important Problem” facing the United States.

Gallup asked Americans in March 2021: “What do you think is the most important problem facing the country today?” to which only 3 percent of respondents answered, “Environment/Pollution/Climate change.”

One reason for this lack of concern could be the fact the United States has already been leading the world in carbon emissions reduction.

Norwegian crime writer Jo Nesbo, who was also present at the Edinburgh TV Festival on Tuesday, acknowledged that climate change is “not an easy sell,” particularly because nobody appears to have any clear idea as to how the so-called “climate crisis” will end, Variety reports.

“If you look at all the crises in the world, you see that much of the storytelling doesn’t take place until after the events,” Nesbo said.

“This is like a limbo,” she said. “It’s not the past so we can’t tell the whole story, but it’s not either the future because we don’t know how it’s going to turn out. We’re telling the story in the now and then of course that’s much harder, because anything can still happen.”