House Republican support for the so-called bipartisan infrastructure bill has continued to weaken as the chamber moves closer to Speaker Nancy Pelosi’s (D-CA) self-imposed Halloween deadline to pass the bill. 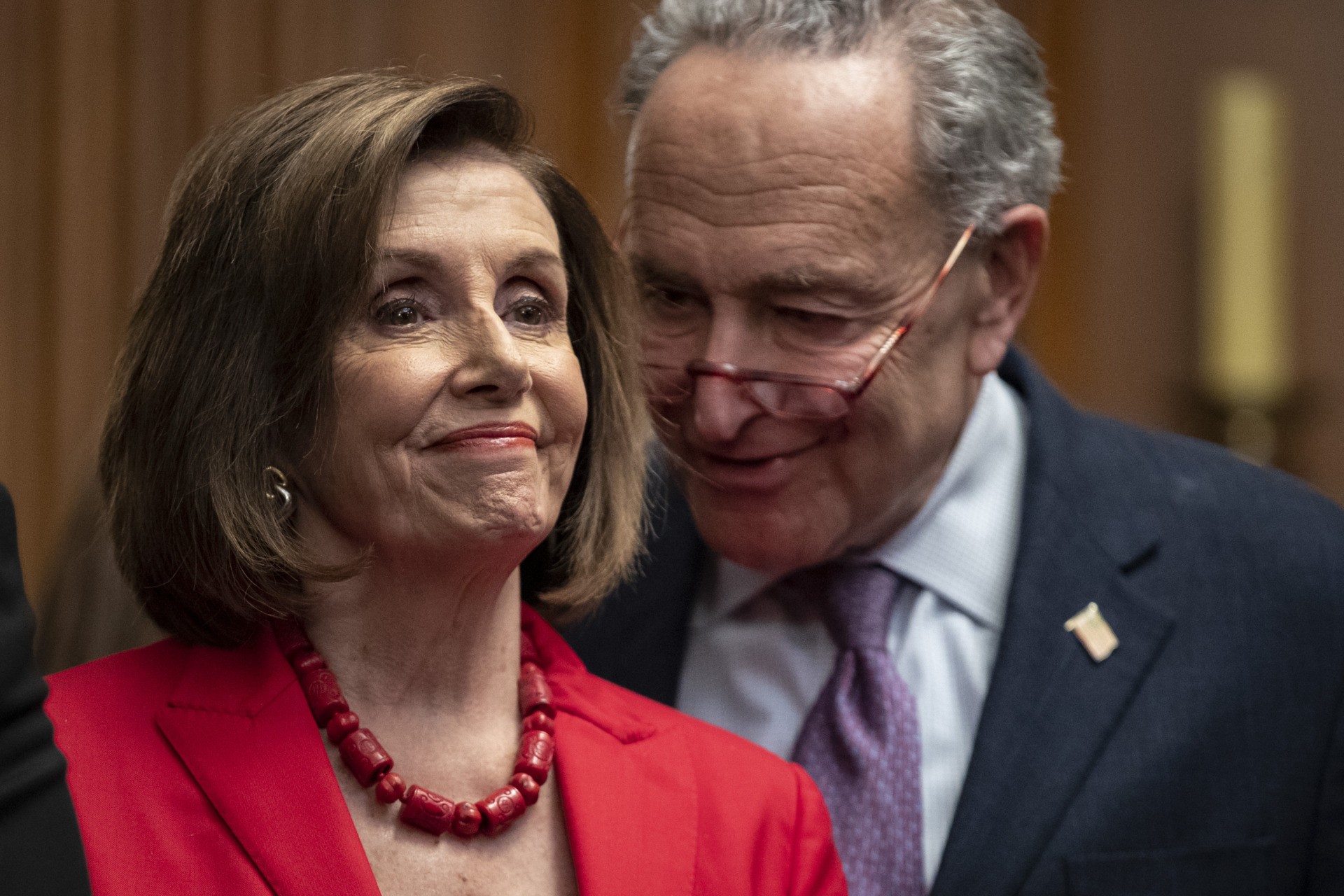 Speaker of the House Nancy Pelosi (D-CA) and Senate Minority Leader Chuck Schumer (D-NY) speak with each other at a press conference. (Drew Angerer/Getty Images).

The self-imposed deadline is two weeks away, and it remains unclear if Democrats can strike an accord within their party to pass the bipartisan infrastructure and the $3.1 trillion Build Back Better Act.

Although the bipartisan infrastructure bill, or the Infrastructure Investment and Jobs Act, would receive Democrat votes primarily, Pelosi may need moderate Republicans to give the bill enough votes to pass.

House Republican leadership has pushed Republicans to oppose the legislation, believing that supporting the Infrastructure Investment and Jobs Act would help shepherd the Build Back Better Act through Congress and give President Joe Biden two legislative victories ahead of the pivotal 2022 midterm elections.

House Republican Minority Whip Steve Scalise (R-LA) announced in late September that he will whip Republicans against the bill.

Scalise also noted in the whip notice the bill:

A House Republican leadership aide told Breitbart News that the Republican support for the bill continues to shrink as it becomes increasingly obvious that the bill is tied to the $3.1 trillion Build Back Better Act.

“There is no question that Republicans vehemently oppose the reckless policies included in the reconciliation bill and Speaker Pelosi’s legislative strategy solidifies that a vote for the infrastructure bill paves the way for passage of reconciliation – Republicans should not aid in this destructive process,” Scalise said in his whip notice in late September.