Now that the sociopaths at the National Institute of Health (NIH) have finally admitted to funding gain of function research — which we all knew to be the case — it’s time to once again look back at all the fake fact checkers who furthered the lie that the NIH did NOT fund gain of function.

Believe it or not, our federal government is so corrupt, so amoral, so dangerous, so psychotic, that we are giving research grants to Communist China to do things like what the NIH finally admitted to doing, which is fund gain of function research or fund testing to see “if spike proteins from naturally occurring bat coronaviruses circulating in China were capable of binding to the human ACE2 receptor in a mouse model.” 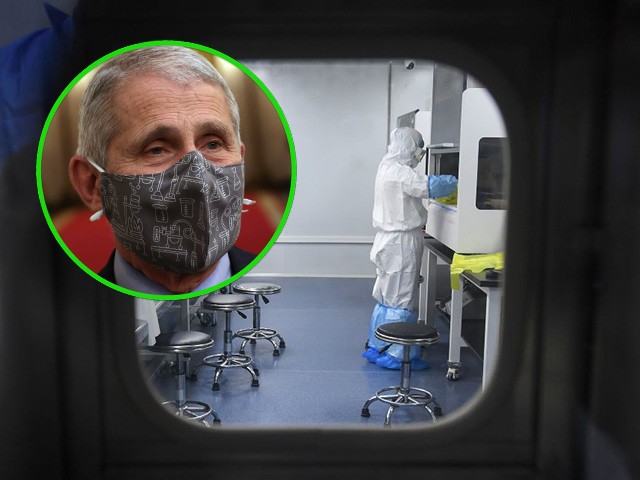 In other words, we’re paying our mortal enemies to fuck around and turn an animal virus into a human virus.

But of course, we are!

This is, after all, the same federal government that pays people not to work, pours money into failing schools and green energy boondoggles, that runs guns to Mexican drug lords, and just handed our mortal enemies in Afghanistan hundreds of American hostages and tens of billions of dollars in operational U.S. weaponry.

So, of course, we’re helping the Communist Chinese enhance their biological weaponry. Of fucking course, we are!

And, of course, our government has spent the last 18 months lying to us about this funding, including twice under oath at the hands of serial liar Anthony Fauci. Of course, our utterly corrupt media have aggressively done everyone in their waning power to push this lie — just like they pushed the lie that Trump conspired with Russia to win the 2016 election, just like they pushed the lie that the Hunter Biden laptop was a Russian plant and that the lab leak theory surrounding the origins of the coronavirus was both ludicrous AND racist, and, and, and…

Over at the far-left Washington Post, serial liar Glenn Kessler gave Sen. Rand Paul (R-KY)  two Pinocchios for saying the NIH funded gain of function research. Oh, and this is the same Washington Post that told us the lab leak theory had been “debunked.”

The left-wing grifters at PolitiFact awarded the Paul claim a “false” rating.

Naturally, in its written confession, the NIH claims that the gain of function it funded was not the gain of function that might have created the coronavirus that resulted in untold death, illness, economic devastation, and psychological destruction. And we should believe them on that point because the Washington Post, PolitiFact, Jake Tapper, and MSNBC will demand we believe them.

You see, the NIH was lying before, but now the NIH is telling the truth.