Far-left NBC News is spreading the blatant lie that building more homes in California will cause more droughts and wildfires.

This is like something out of the Middle Ages where pagans warn the villagers that building a home will anger the gods of rain and fire.

“Trying to figure out how to house 40 million residents while protecting natural resources and dealing with climate change-fueled wildfires and drought,” the sub-headline reads.

“It’s [building homes] a complicated task in a state where both homelessness and home prices are on the rise as climate change is fueling wildfires and drought,” the news story tells us.

This is a news story at NBC. So what you have here is a fake news outlet reporting as fact that building homes contributes to climate change (which is a hoax), which in turn will result in more drought and more wildfires.

Building homes is not the cause of California’s wildfires. What’s causing these wildfires is terrible forest management, much of it based on lunatic environmental policies. Forests are not thinned. There are not enough controlled burns. Forest floors are not cleared of what is pure fire fuel. Roads are not in place that would make firefighting easier. Trees are not cut back to protect the forest from downed power lines. The forests are cluttered and overgrown. And on and on… 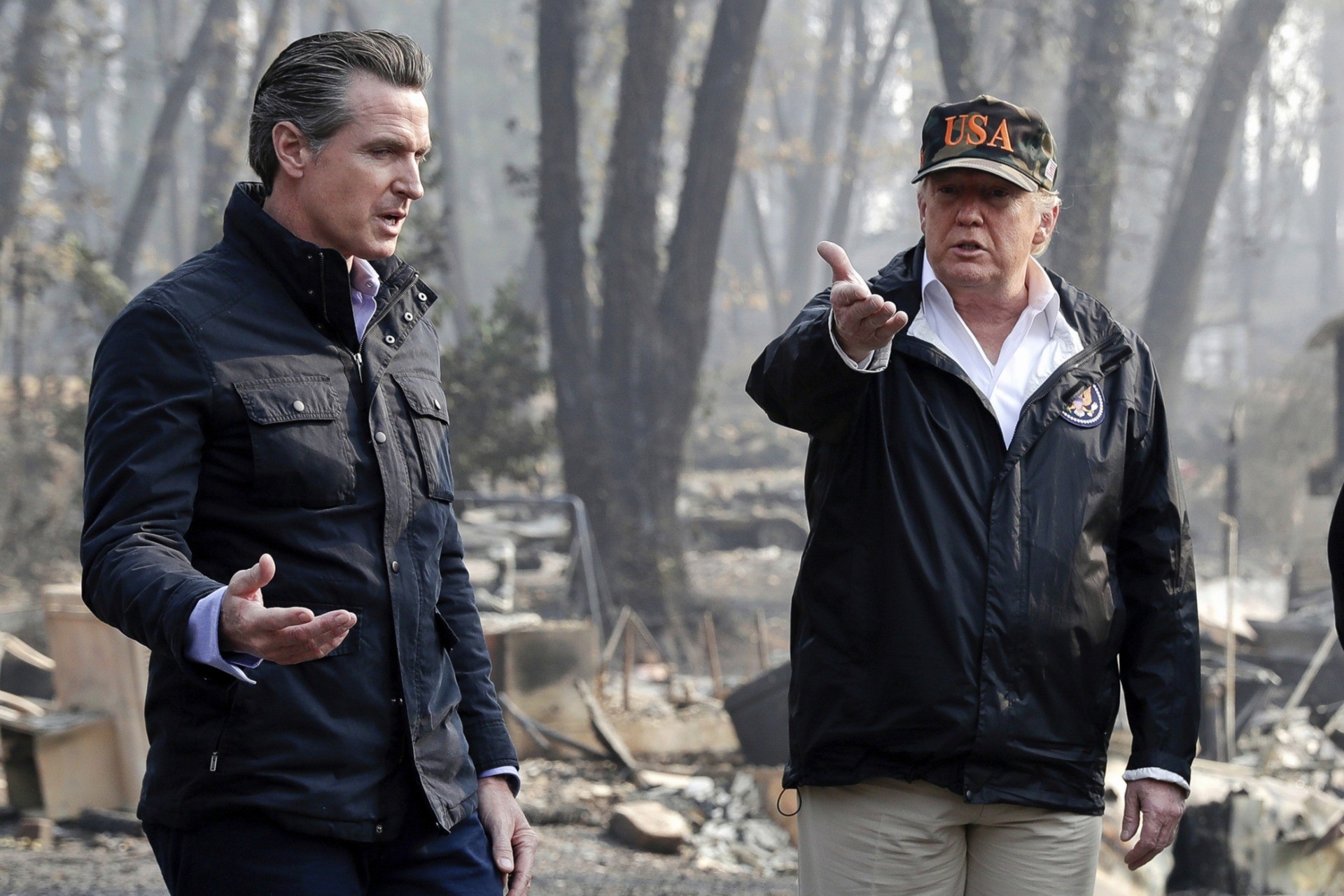 In this Nov. 17, 2018, file photo, President Donald Trump talks with then California Gov.-elect Gavin Newsom, left, during a visit to a neighborhood impacted by the wildfires in Paradise, Calif. Nearly two years ago President Trump ordered the U.S. Forest Service and the Department of Interior to make federal lands less susceptible to catastrophic wildfires. But the agencies fell short of his goals in 2019, treating a combined 4.3 million acres — just over half of the 8.45 million acres the president sought. It was only slightly better than their average annual performance over nearly two decades, according to government data. (AP Photo/Evan Vucci, File)

And now you have the fake media spreading fifth-century superstition that building homes somehow will cause the forests to burn and the water to dry up.

We live in a miracle called the 21st Century, when there is no valid excuse not to give people all the housing, water, and electrical power they require.

Living like backwards Luddites is a choice, and people are free to make that choice, but when your stupid, anti-science, and anti-human public policies hurt others, it is an unconscionable act.

The whole idea of it is superstitious nonsense.

With the help of the fake media, California is aggressively doing everything possible to create a state filled with only two classes of people: wealthy elites and their (mostly illegal) servant class.

And that’s another thing… Outside of the enviro-loons, California is suffering a housing crisis because it openly welcomes illegal aliens into its state who compete with legal citizens for housing.

What’s more, the homeless flood California instead of other warm states because California offers them everything for free, including housing. 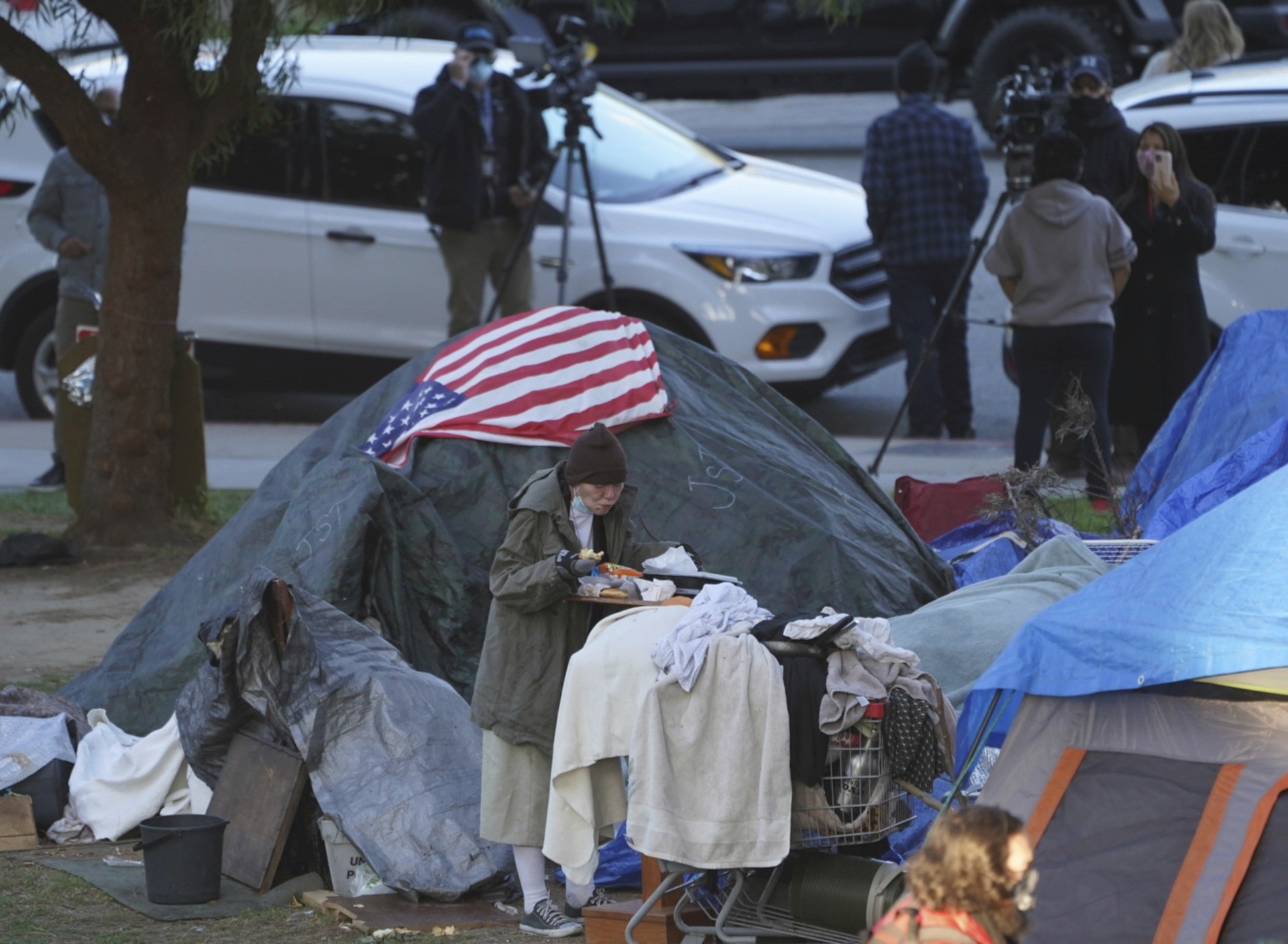 From these forest fires to housing to water to energy, there is no problem California could not easily fix with common sense, human empathy, and modern technology.

But California chooses not to solve these problems, and that includes the idiots who voted to make California a state totally dominated by Democrats.

The left refuses to solve these easily solvable problems because they want California to be a two-class state where the wealthy live like Pharaoh, and everyone else is in miserable servitude.

That’s the dream of those who push socialism, and we are seeing it unfurl before our very eyes in what used to be a dream state where the middle class thrived.

Well, no more. The far-left enviro-loons, including those at NBC News, are deliberately looking to destroy the middle class, and in California, it’s working.

And the entire scheme is premised on the hoax that is climate change.