Pollak: AOC's 'Tax the Rich' Dress Was a Stimulus for America's Sexual Liberation

Rep. Alexandria Ocasio-Cortez (D-NY) turned around for the camera Monday night at the $35,000-per-ticket Met gala, showing off the slogan “tax the rich” emblazoned on her back and behind as she flashed her gown with other celebrities.

The Internet erupted in outrage at the obvious hypocrisy — or was it brilliant satire? — of AOC’s fashion statement. But relatively few noted what was an unusual moment of sexual liberation in the #metoo era: an attractive woman invited America to discuss her behind.

Rep. @AOC on the #MetGala red carpet in a dress that reads Tax the Rich. pic.twitter.com/nq87zCdm8z

That might not be what AOC intended — or what she would say she intended. She talked about the dress as an effort to break through as a “working class woman of color at the Met.”

No doubt, she would resist the a discussion of her pure sexual attractiveness as an attempt to “objectify” her, an oppressive expression of cisgender heteronormative patriarchy.

Yet the fact is that AOC put herself on display, turning around in a figure-hugging, strapless gown that emphasized her most attractive assets (pun intended), and told the cameras to take a long, hard, look.

She wasn’t “asking for it”; she was commanding the attention. She owned her sexuality and used it to great effect. 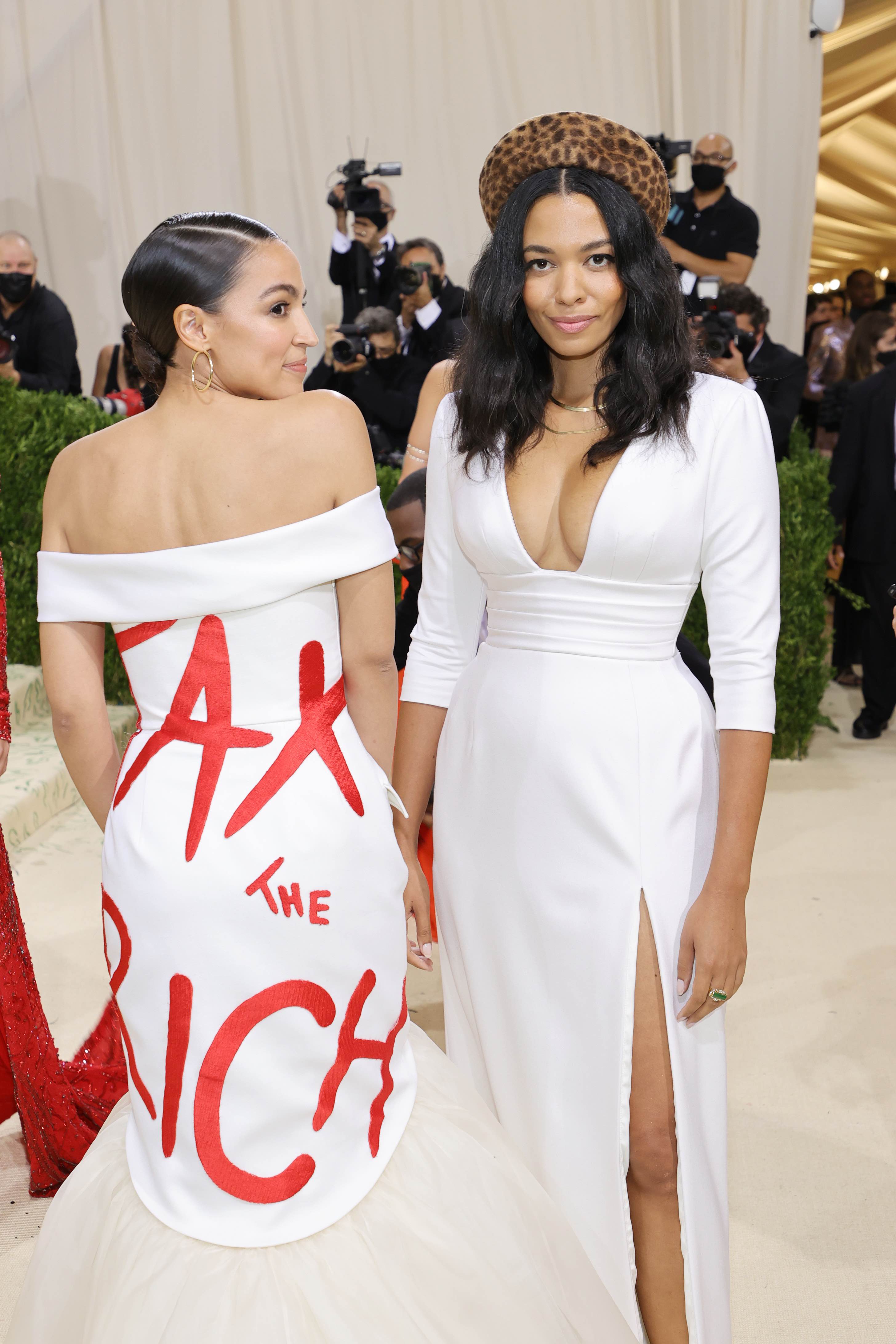 She is not the first: singer Joy Villa famously trolled the Grammys in 2017 by dropping a shawl to reveal a “Make America Great Again” dress — the slogan on the front, the word “Trump” not on the, ahem, rump, but tastefully adorning the hem.

Social media seems to prefer expressions of outrage. Let us pause, for this rare moment, and acknowledge that while “tax the rich” is a tired, joyless slogan, AOC liberated America to debate her bottom for the better part of an evening.

Never mind the $3.5 trillion spending plan AOC was promoting. Amid a collapsing birth rate, and evidence that Americans are having less sex than ever before, her glittering celebration of female sexuality may be the stimulus America needs most.

Joel B. Pollak is Senior Editor-at-Large at Breitbart News and the host of Breitbart News Sunday on Sirius XM Patriot on Sunday evenings from 7 p.m. to 10 p.m. ET (4 p.m. to 7 p.m. PT). He is the author of the recent essay, ”Sex, Love, and Conservatism.” His recent book, RED NOVEMBER, tells the story of the 2020 Democratic presidential primary from a conservative perspective. He is a winner of the 2018 Robert Novak Journalism Alumni Fellowship. Follow him on Twitter at @joelpollak.