Report: Half of Abortionists at Texas Clinic Left Jobs over Heartbeat Act

A report from a pro-abortion rights news outlet said Wednesday half of the abortionists at Whole Woman’s Health clinic in Fort Worth have left their jobs since Texas’s Heartbeat Act went into effect September 1.

“On August 31, there were 17 abortion providers serving at the four locations of the Whole Woman’s Health clinics in Texas,” reported 19th News. “On September 1 — the day that the nation’s most restrictive active abortion law went into effect, there were just eight.”

Additionally, the law contains a unique enforcement mechanism whereby any private citizen may file a civil lawsuit against an abortion provider or any other individual who “aids or abets” a “criminal abortion.”

The abortion officials refer to pro-life groups and individuals as “extremists.” 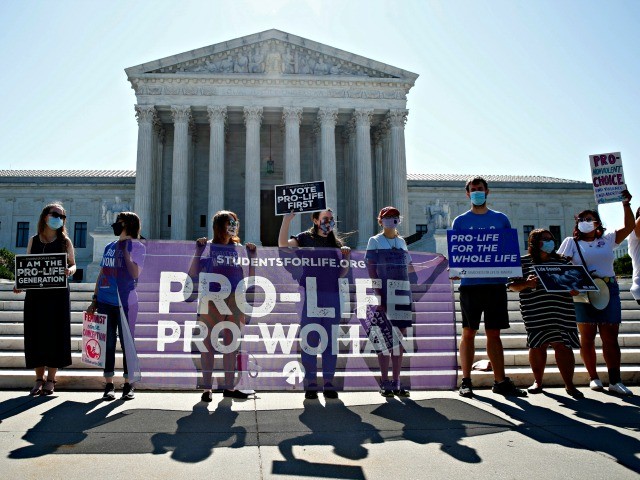 “Just because we are complying with SB 8 doesn’t stop extremists from saying that we are defying SB 8,” said Amy Hagstrom Miller, the CEO of Whole Woman’s Health. “Even with compliance, there is a reasonable amount of threat that our staff and our doctors have to weigh. There is still so much risk to them.”

Abortion industry officials are also considering that, as NBC News reported, since the Texas law took effect, lawmakers in Florida, Arkansas, Indiana, Mississippi, and both North and South Dakota indicated their interest in exploring similar legislation.

In addition, a number of towns and cities throughout Texas have also declared themselves to be “Sanctuary Cities for the Unborn,” having passed an ordinance that outlaws abortion with a similar private enforcement mechanism that allows civil lawsuits by citizens against those who “aid or abet” an abortion.

Consequently, those who assist women in obtaining abortions are thinking twice.

Lubbock, Texas, became the largest city in the United States to declare itself a “sanctuary city for the unborn,” the 26th in the nation to outlaw abortion. https://t.co/L9bH5NpzXW

“SB 8 means they will now be able to do more to us,” she added. “We have not been sued yet, but we will cross that bridge when we get to it.”

The pro-life organization also reported a bomb threat followed by the delivery of a suspicious package – which required the group to evacuate its offices until the Houston Police Department’s bomb squad had assessed the package.

WAR ON BEATING HEARTS: Joe Biden announced a “whole-of-government effort” on Thursday to fight the latest Texas ban on abortions of an unborn child with a heartbeat. https://t.co/jHrOHQsV34

“These recent crimes and conspiratorial acts against our work and our dedicated staff will not stop Texas Right to Life from ensuring that the Texas Heartbeat Act is enforced,” she added. “We are resolved more than ever to strengthen programs and outreach to abortion-vulnerable women to empower them to choose Life.”