'Save Me and My Family': Afghan Interpreter Who Saved Joe Biden in 2008 Left Behind

An Afghan interpreter, who reportedly helped rescue then-Sen. Joe Biden and two other senators in 2008 when their helicopter abruptly landed in a snowstorm, is now calling for the president’s help after being left behind in Afghanistan.

Opting to only go by the name Mohammed in fear of giving away his identity, the Afghan interpreter told the Wall Street Journal (WSJ) he is now hiding from the Taliban in Kabul alongside his wife and children, desperately hoping to escape the country.

“Hello Mr. President: Save me and my family,” Mohammed told the outlet. “Don’t forget me here.” 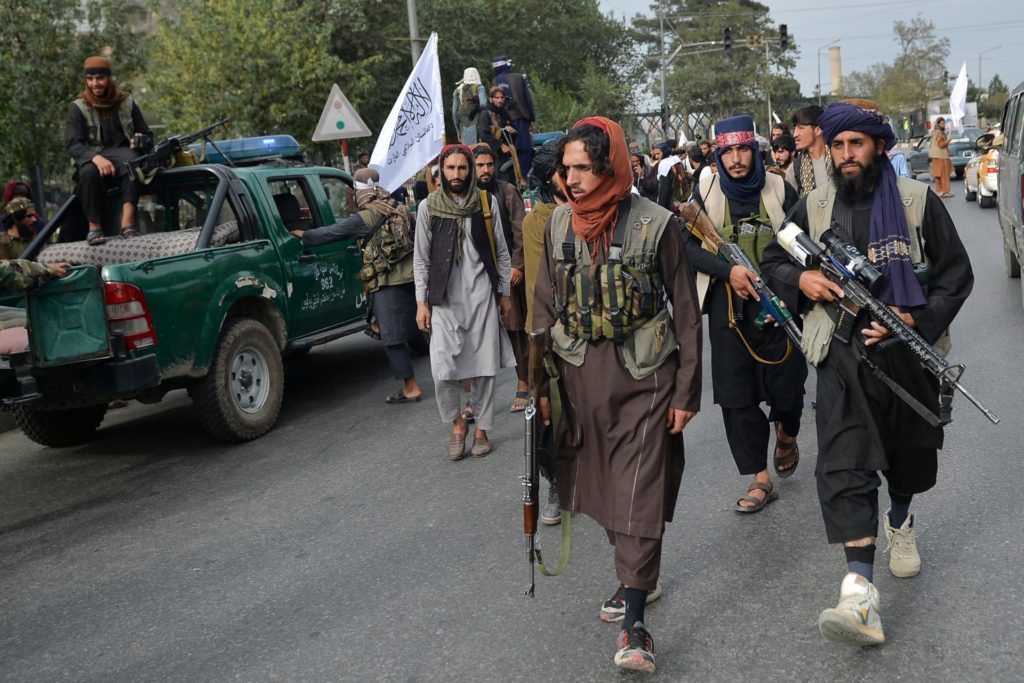 Taliban fighters gather along a street during a rally in Kabul on August 31, 2021 as they celebrate after the US pulled all its troops out of the country to end a brutal 20-year war — one that started and ended with the hardline Islamist in power. (Photo by Hoshang Hashimi / AFP) (Photo by HOSHANG HASHIMI/AFP via Getty Images)

In 2008, Mohammed was serving as an interpreter for the U.S. Army in Afghanistan when he participated in a potentially dangerous mission to save three U.S. senators — Joe Biden, John Kerry (D-MA), and Chuck Hagel (R-NE):

Mohammed was a 36-year-old interpreter for the U.S. Army in 2008 when two U.S. Army Black Hawk helicopters made an emergency landing in Afghanistan during a blinding snowstorm, according to Army veterans who worked with him at the time. On board were three U.S. senators: Mr. Biden (D., Del.), John Kerry (D., Mass.) and Chuck Hagel (R., Neb.).

As a private security team with the former firm Blackwater and U.S. Army soldiers monitored for any nearby Taliban fighters, the crew sent out an urgent call for help. At Bagram Air Field, Mohammed jumped in a Humvee with a Quick Reaction Force from the Arizona National Guard working with the 82nd Airborne Division and drove hours into the nearby mountains to rescue them, said Brian Genthe, then serving as a staff sergeant in the Arizona National Guard who brought Mohammed along on the rescue mission.

When the rescue team arrived at the landing site, Mohammed stood guard on one side of the helicopters and would often use a bullhorn to ward curious locals if they got too close to the helicopters. While they were not in what was then considered enemy territory, soldiers who served in the area at the time said that just one day prior, “the 82nd Airborne had killed nearly two dozen Taliban insurgents in a major fight about 10 miles away.” 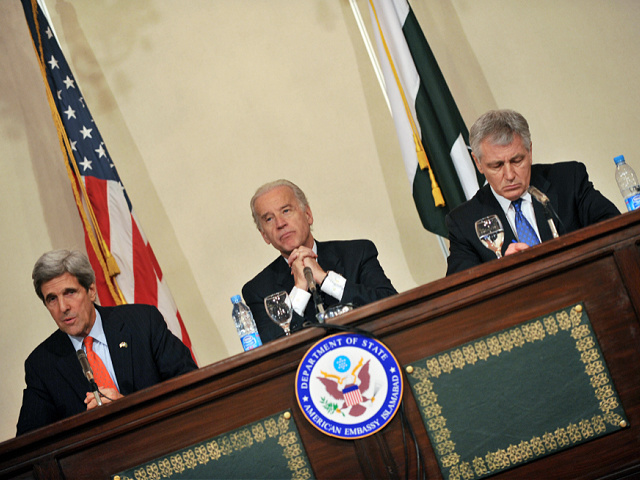 US Senators John Kerry (L) Joseph Biden (C) and Chuck Hagel (R) listen to questions from media representatives during a press conference in Islamabad on February 19, 2008. US Senator John Kerry, in Pakistan as part of a team to observe parliamentary elections, said the vote “meets the basic threshold of credibility and legitimacy.” AFP PHOTO/Aamir QURESHI (Photo credit should read AAMIR QURESHI/AFP via Getty Images)

As the Taliban encroached upon Kabul, Mohammed’s visa application “became stuck after the defense contractor he worked for lost the records he needed for his application,” Genthe told WSJ. When Kabul fell, Mohammed tried fleeing the country through the airport where U.S. forces told him that his wife and children would not be allowed to join him.

When a WSJ reporter read Mohammed’s message to White House press secretary Jen Psaki on Tuesday, she thanked him for his service while vowing to bring him home.

“We will get you out,” Psaki said. “We will honor your service.”