Video Resurfaces of Rapper Travis Scott Spitting on Fan, Calling on Crowd to 'F**k Him Up'

A video that appears to show rapper Travis Scott spitting on a fan and calling for a crowd to “fuck him up” during a 2015 concert in Switzerland has resurfaced in the wake of a crowd surge at Scott’s performance at the Astroworld Music Festival on Friday in Houston, Texas, where at least eight people were killed.

Scott can then be seen spitting on a fan, before throwing an item into the crowd, and then again, repeatedly shouting “fuck him up” while the crowd jeered.

“Get him out of here — fuck his ass up,” the rapper said, before appearing to throw his microphone off the stage, causing a loud thud, which elicited a response of screams from members of the crowd.

In 2017, Scott was charged for encouraging fans to rush a stage. The rapper’s performances are known for being chaotic shows with concertgoers encouraged to take part in unruly behavior involving mosh pits, crowd surfing, and stage diving. 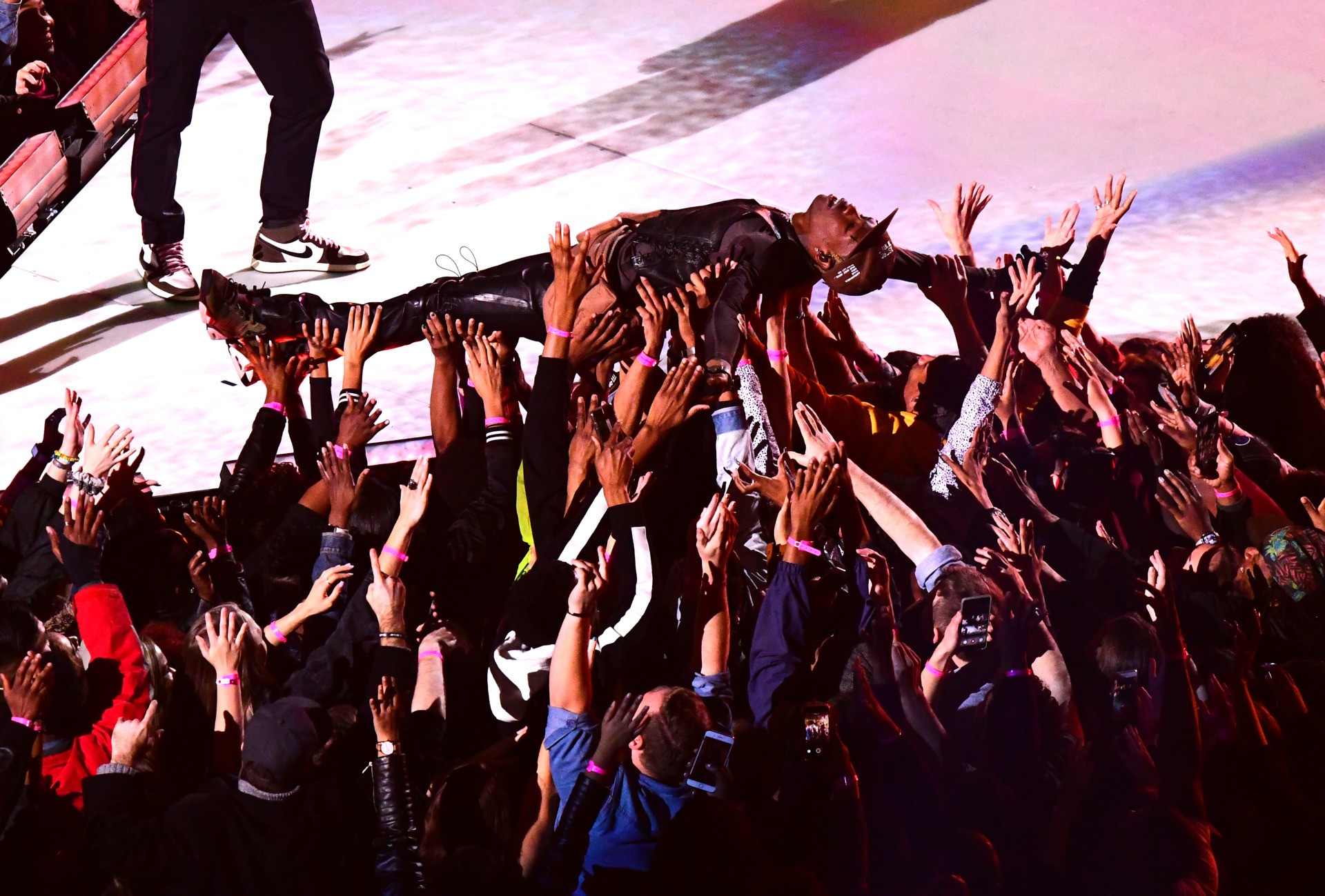 Reports of such incidents have resurfaced in the wake of at least eight people being killed during Scott’s performance at Astroworld on Friday, after a surge of concertgoers caused a crush when “the crowd began to compress towards the front of the stage,” according to officials.

Now, concertgoers who say they were injured at Astroworld on Friday have filed lawsuits against Scott, as well as rapper Drake — who appeared as a surprise performer — and the venue and entertainment company, Live Nation.

At least three lawsuits have been filed so far, two of which are seeking $1 million in damages.

In a tweet posted Saturday, Scott said he was “absolutely devastated by what took place.”

In a social media post, Travis Scott said he was 'absolutely devastated' after a stampede during the rapper's set at the Astroworld music festival in Houston killed at least eight people and injured dozens more. Read more: https://t.co/B27mO3yLNgpic.twitter.com/lpjGM2xPTh

He pledged to work “together with the Houston community to heal and support the families in need.”